It is no secret to anyone living in Calgary’s Ward 12, or anywhere in the Southeast quadrant of Calgary, that there is a need for a direct and timely route connecting the downtown core to the new South Calgary Health Centre.

During my campaign leading up to the 2010 civic election, I made, among other issues, the creation of a Southeast LRT line a priority. This is a key priority I strive to accomplish during my time as Councillor of Ward 12.

The City of Calgary has an aging fleet of LRT vehicles and is in the process of acquiring a newer and more modern fleet to complement the four car platforms that are currently being constructed.

Over the past 6 months I have met with representatives from several LRV manufacturers and have seen some of what the new breed of LRT vehicles will bring to Calgary.

While at the Federation of Canadian Municipalities I became aware of the Aerobus, a “self propelled vehicle speeds silently through the sky carrying 300 passengers.” 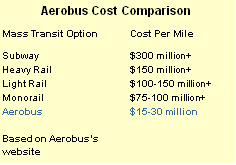 Aside from the price tag difference of an elevated LRT, compared to the current LRT lines that Calgary enjoys, the reduced need to build at grade infrastructure (tracks, traffic control, land usage), the lack of disruption for motorists and the reduced environmental footprint encouraged me to look at this as well as all of the other options for which to design the Southeast TransitWay (SETWAY).

Below are some samples of what the Aerobus technology looks like in an urban setting.

I invite you, as the future users of the SETWAY, to let me know what you think. Please take a look at the photos and of the Aerobus website and send your feedback to my office (eaward12@calgary.ca), or post a comment on this blog.

Your feedback on this, and other issues, is what helps me work in the best interests of you, the ward and of the City of Calgary.

My office had an opportunity to speak with Aerobus International’s Chairman, Dennis Stallings regarding some questions that were posed following the release of this post. Below are some of the responses.

Are there any geographical constraints that would prevent or restrict this transit option in Calgary?

There are no geographical constraints from installing Aerobus with the exception of spanning over a large body of water.

If and when the span between pylons exceeds 1200 feet, the installation becomes difficult and a cost analysis should be done to determine if it is prudent to seek an alternative route.

Does the density of the area, or lack of, pose a problem to installing the infrastructure?

The best scenario is to build around the line as it grows.

However, it would be beneficial to begin building a line in an already dense or growing area, run the track near or through a non-developed area and connect with another dense area or core as compared to building the lines through a fully dense area.

What type of technology does the Aerobus system use?

The Aerobus uses off the shelf technology and can adapt to the needs of the customer.

If the current system uses proprietary technology the we would have to do a work around to adjust, however we can generally adapt to whatever system is currently in use.

What is the capacity of the Aerobus?

The Aerobus system uses modules. Each module has the comfortable capacity of 35 passengers. There can be a maximum of 12 modules per trip, (up to 420 passengers).

It is cost effective to build for the capacity you expect in the future when you start the process to be able to utilize it in a cost effective manner when the population warrants it.

Can the trains turn around or go in both directions?

The train cars have driver controls at both ends of the car so they can go forward and backwards with ease.

The elevated track can be built with one lane or two so that cars can pass each other if that is what is required. 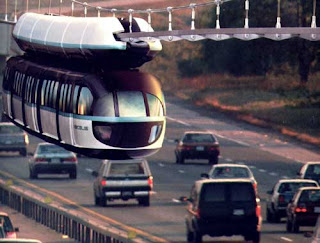 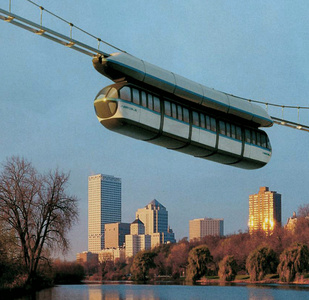 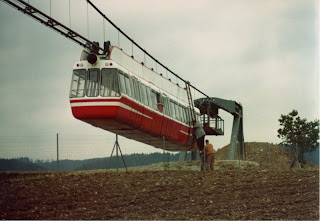 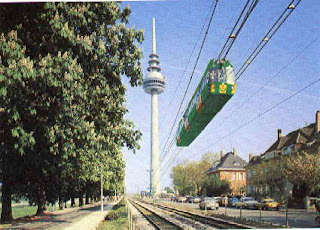 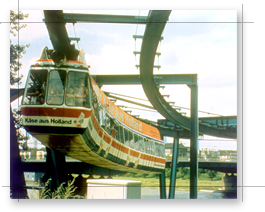