Update – March 7, 2011 – Today Council will be discussing the secondary suites issue that was discussed at the Land Use Planning and Transportation committee held last month.

Due to a conflict of interest, I was forced to recluse myself from the discussion at committee, and in turn, today’s discussion at Council.

I have met with the City of Calgary’s Legal Department on their interpretation of the Municipal Government Act pertaining to conflicts of interest.

Below is the written response provided to me via the city’s Legal Department. 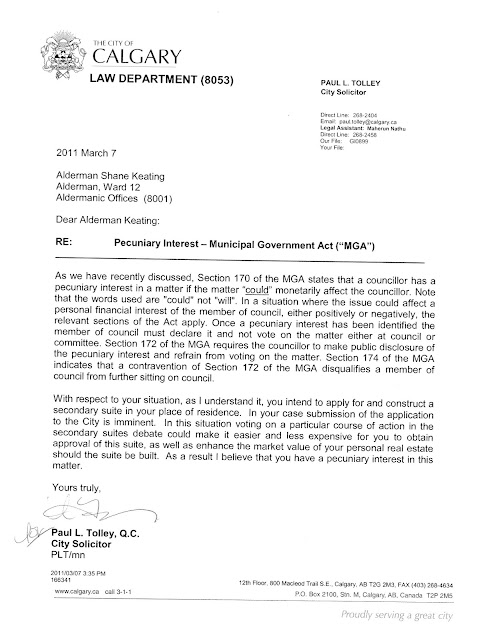