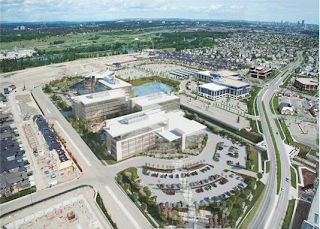 It is great to see that employment centers are becoming a significant part of the new suburbs, where one can truly Live, Work and Play.
The City of Calgary realizes that the diversification of employment centers throughout the city rather than just a centralized location will alleviate congestion on city roads as well as contributes to two way traffic on transit.
This is another example of the necessity for the SETWAY and better public transit for the Southeast, so those that live in other areas of the city commute to the employment center of Quarry Park.